In the „AuRa“ project, a complete system for three-wheeled cargo bikes, which are provided autonomously, is being developed and tested. From the user's point of view, „AuRa“ realizes the reliable and demand-oriented provision of a load wheel, i.e. how it needs it! Where it needs it! When she needs it! The „AuRa“ project team meets this highly demanding task on a technical, logistical/business/economic, socio-scientific and legal level with a broad-based team of experts from the relevant disciplines. The research and development work includes: 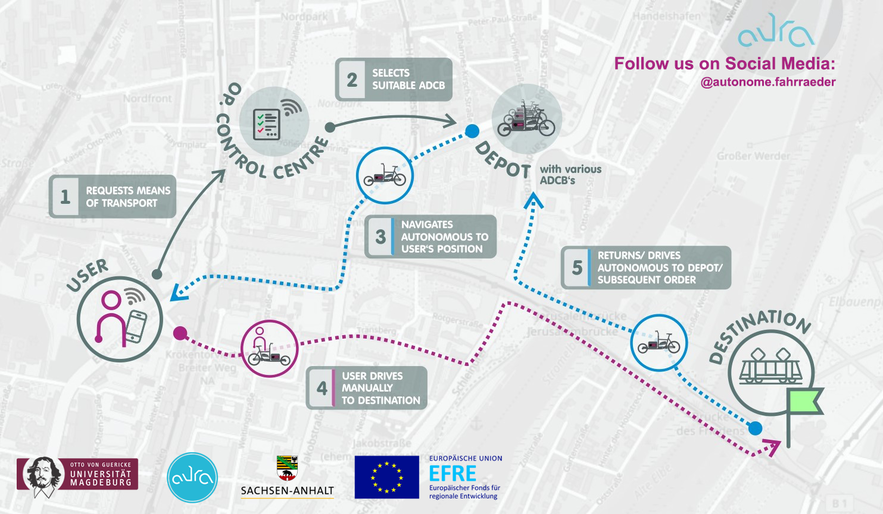 The autonomous bike in the media

The topic of the autonomous bike is also repeatedly taken up in the media. Therefore, you will find some documentations and articles here, which also include our research results.

Since this year there is a new science podcast at the Otto-von-Guericke University. At "Wissen, wann du willst" interested people should get an insight into the current research. Right in the first episode Prof. Stephan Schmidt was called to the microphone. He talks about the „AuRa“ project and explains how it can work.

You can listen to the podcast on

or look it up under "Wissen, wann du willst". 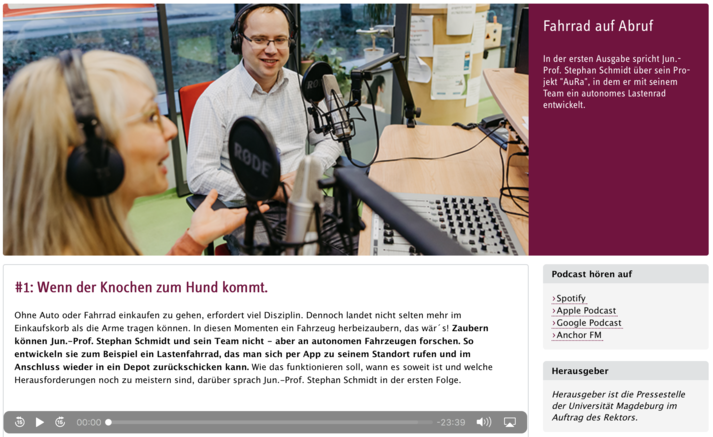